People Who Cycle in Winchester #4: Benjamin 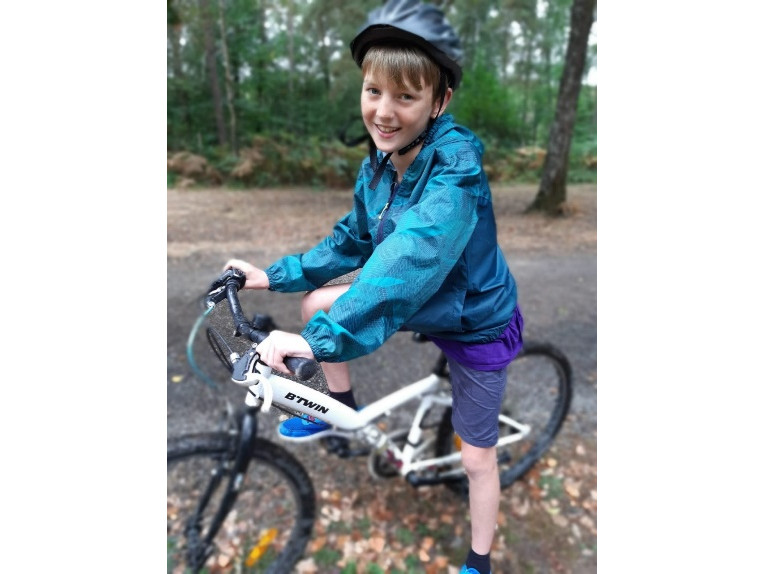 My bike is a B’TWIN from Decathlon.

My earliest memories of cycling are when I was 5 years old. I can remember my Dad running after me along the cycle path by St Catherine’s Hill while I was learning to ride. It was fun although I do remember screaming and shouting a lot!

I started riding a bike because I wanted to have a cycling party for my birthday. In the end I had ten friends come to ‘Benjamin’s Birthday Bicycle Party’ – some of them had to learn to ride to be able to join us!

The best bits of cycling for me are following tracks through the forest and going really fast. I also get good exercise from being on my bike. The longest ride I’ve done so far is 20 miles with Scouts through the New Forest.
I’ve also been on two or three of the Winchester Mass Rides and really enjoyed the feeling of having the freedom of the road.

I’ve just started secondary school and quite often cycle there. This is the most that I’ve used my bike. It saves lots of time compared to walking. It’s also better than going by car because I’m independent and can leave when I want. I avoid the roads and use pavements and a path across the golf course. Sometimes people give me grumpy looks but there’s no alternative.

It would be great if there were proper cycle paths and fewer cars so it was easier and safer getting to my friends’ houses. And maybe in a year or two my parents might let me ride into town on my own.

Cycle Winchester has no ongoing source of funding. If you'd like to see further events and activities like the Mass Ride, please make a small donation.